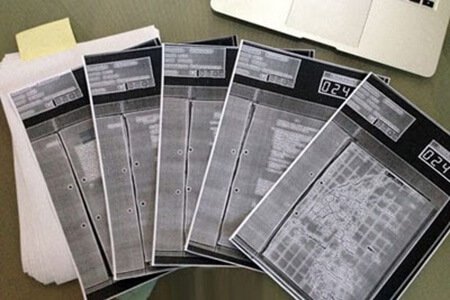 The war of violent conflicts has been known since the earliest times. There was the Religion War, Conquest War, Existential War and National War. Many valuable records for our ancestors were destroyed.

From the first world war still existing military records, as the loss lists are among the most important sources about the life of the person in the military service. They provide birth and death data, address data, rank and affiliation in the military.

But now I want to tell you briefly from February `45 to everything.
On the 21st of February in the evening at 10am we left. Have stopped with you to see if you were still there, but you were already gone. We went on to Fedderau, where the night went to the Pillau-Neutief at half past eight o'clock. There we had to leave the bicycles and some luggage already there. In the morning, at 11 am, we drove to Pillau, where we were lodged in barracks for 14 days. It was called "the kingdom of heaven". From here we came by train to Rauschen, where we lived with young and old Langes from Kirchscheiterstr. Where Bruno and Betty were together. The attacks in time were always terrible, but we have still managed to get away safely.
30-40 m from our house in which we lived, was a munitions warehouse, by which we had to go, if we from the community kitchen food.

On the Palmsonntag, Betty came home and said, "There's still a look-up, come along, we'll get something else." My mother was not at home, my father and Fritz always said not go. I had to go. As we were in the middle of the forest, we heard a buzzing and crashing. Betty ran to the left, I straight out and Bruno to the right. Before we had dressed, it had already happened.

I just saw how my jug got blown. Then I wanted to get up, but fell again. As I was then again in my mind, I first freed the eyes, ears and mouth from the muck. But did not know what had happened. I thought I'd fallen from the pressure. As I was back on my way and wanted to go home, I pressed my left arm to my stomach, because now the pain began. Then the blood dripped from my face to my arm. I could stick the whole tongue through the wound, it was on the left side of the chin, from my lower lip down to my chin. Then I also saw that the blood ran from the left arm under the jacket. When I then glanced at the legs and saw that it was only scraps, heard the Betty scream, I could not be quiet anymore. Then I ran and screamed until I came to a medic. I fell to my feet.

Bruno had only a small fragment on his hand, and one at the ankle, who ran home and said something. Betty did not get it too hard either. It was not long before my father, Fritz and all the others who came to live in the house and in the neighborhood. Everything shook his head, and none of his eyes remained dry. Fritz took a wagon with which we were then driven to the hospital. As my mother came, I was already connected, she did not see it all.

In the hospital I had to wait a while and then the pain. I had been on the battlefield for 3 ¼ hours. As I then woke up again, I was formally wrapped from top to top in bandage. My splinter number was 32.
One at the chin, one shot at the left wrist, twice the tendons are damaged and now stiff. But can work, because the fingers I can move. Two on the buttocks, the right buttocks half
Was torn away. The legs, indescribable. The left ankle was also broken by a splinter.
But if you were to see me now, you would say that can not be possible. Because you just see the one scar on the chin and it is already well healed. When you go, you do not notice anything, because despite the many scars I do not go lame and the stockings they cover all, even in the summer, always knee jumps. My mother always curses, she says, "You're stupid, you can not help it!" The scar on the arm is hidden by a sports watch, if not quite, but you do not see much.

Now quickly the further time. In the hospital
My parents and my brother have still visited me in rushing. On the 14th of April they were cleansed, either they are shipped to the realm or they take their child home with them. Until my parents had packed the things and went to the hospital, I was already gone.

From then on I did not see them again. They went to the station and looked for me. As the place now says, where they have driven me by car, I do not know. There they came again in the night and said it was the last chance to get out. Everything was already out of the hospital outside, only a woman who could turn her eyes at any moment and I ..
But I've always said when my parents come and I'm gone. Until then the paramedics came once more and asked me if I wanted to die here and then my parents would never see again. They took me to the train and it went back to Pillau.

Here I was in a bunker for two days and two nights until I was shipped and arrived on a military ship in Denmark on April 20th. ¼ year I had to spend there in the hospital without having an acquaintance or knowing something about someone. I did not need any food in the first days or weeks, because I only cried day and night.

In the hospital I met a girl from Zinten. Her name was Dora Knorr. She took me, as I was healed, to her parents' camp.
In August, 45, my aunt from Seepothen (Samland county) had been found by searchlists, who then took me to the camp.

In Christmas 1946 we were allowed to enter Germany from there with correspondence. So I wrote immediately to Duisburg and my relatives also got the answer that they are still alive.

On July 1, 1947, I arrived with my aunt from Denmark in Duisburg. There I went half a year in the seventh and half a year to the eighth school year and was then released. Wanted to learn a seamstress there, but did not get a job and learned to be a modist.

In September `48 I received the first message from my parents. They were surprised by Russians and had to go to a camp where they only came out in autumn `48. Then wrote to Bernburg, where my relatives were at war, who sent us the letter to Duisburg.

In the spring I canceled my apprenticeship and arrived here on March 31, 1949. Since I could not get a job here to learn further, I went to a cotton mill as an apprentice. This month I'm still doing my final exam .......

Now, dear Wally, with an old homeland, sincerely greeted by your Hanna. 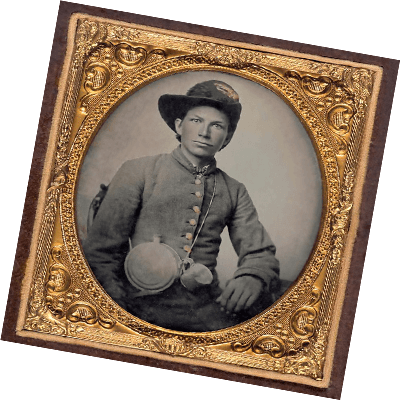