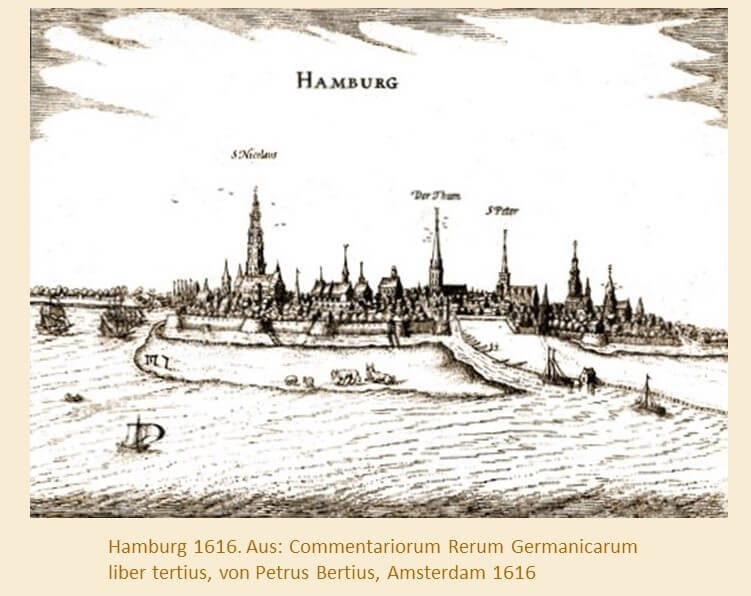 B y trading profitably with Spain and Portugal, Hamburg was able to repay itself by paying for accesses, such as 1632 to Sweden, 1694 to Denmark.
Since 1819 Hamburg called itself Freye and Hanseatic city. The council and inherited guarantee reinstated the constitution of 1712 and individual reforms were carried out, such as: For example, the religious equality of all citizens.
On June 12, 1871, Hamburg City Council declared 15 locations around the city to be suburbs.
These are:
Rotherbaum, Harvestehude, Eimsbüttel, Eppendorf, Winterhude, Barmbek, Eilbek, Uhlenhorst, Hohenfelde, Borgfelde, Hamm, Horn, Billwerder rash, Steinwerder and Kleiner Grasbrook. The economy of Hamburg came in the First World War by the naval blockade completely succumbing and many Hamburgers were killed as soldiers.
In 1871 Hamburg became a federal state of the German Reich.

Did you know already?

That appeared the address books of Hamburg every year, except 5 interruptions since 1767-1966. In Altona they existed from 1802-1938. Furthermore, the formerly independent places Bergedorf, Harburg, Wilhelmsburg, Wandsbek, Rahlstedt, the Elbe Vorote, as well as the 1939 Hamburg Cuxhaven were taken into account.