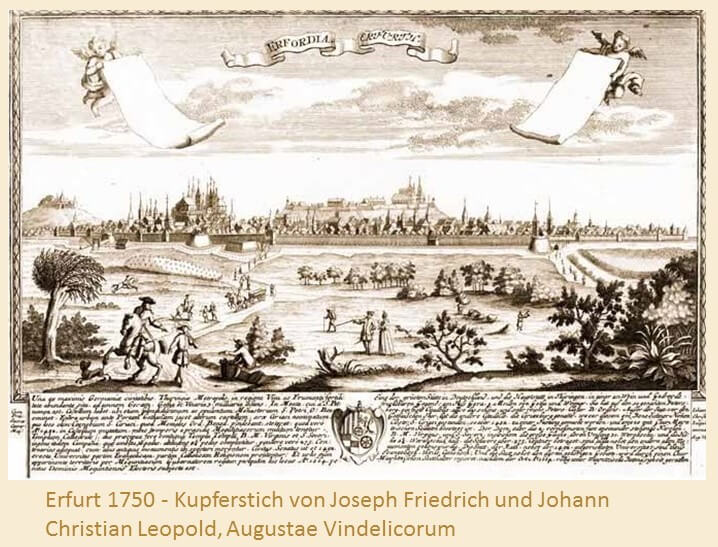 N apoleon won the Battle of Jena and Auerstedt in 1806 over the Kingdom of Prussia and Thuringia became the home of the fraternities. The first such student fraternity is founded in Jena. An important action of the fraternities in Thuringia was the Wartburg festival in 1817.
After the Congress of Vienna, many areas fall to Prussia, except the area around Schmalkalden. This belonged to Hesse-Kassel, which also became Prussian in 1866.
With the extinction of the line Saxony-Gotha-Altenburg, the duchies are newly divided.
At the end of the 19th century the following countries were united as Thuringian states:

The Altenburg census in 1580

Address book for the Duchy of Saxony-Coburg-Meiningen 1824

Address book of the city of Gotha 1845

Address book of the city of Zeitz 1732