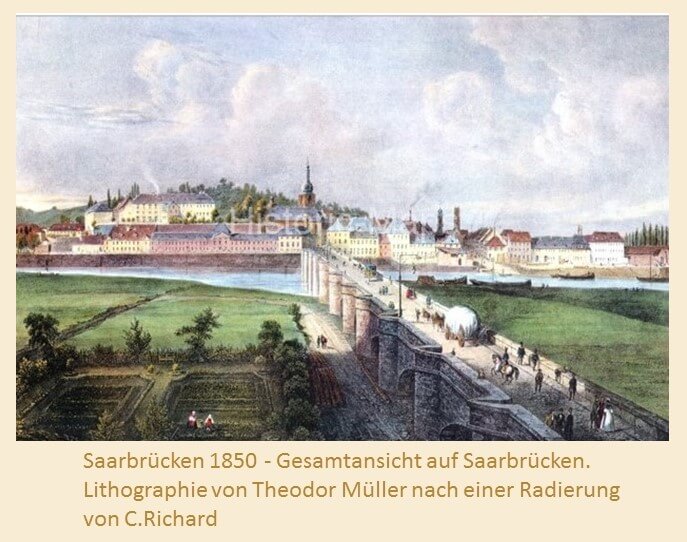 A fter the Congress of Vienna, large parts of today's Saarland came to the kingdoms of Prussia and Bavaria. The Duchy of Saxe-Coburg-Saalfeld got the Principality of Lichtenberg with St. Wendel and the Principality of Birkenfeld to the Grand Duchy of Oldenburg. The administrative district of Trier in the province of the Grand Duchy of the Lower Rhine included the Prussian territories after the Congress of Vienna, which merged into the Rhine province in 1822. To the newly formed Rhine district were assigned the Bavarian areas, which in 1835 called themselves Rheinpfalz.
After the First World War, the Saar region came under the government of the League of Nations and was placed under French administration in 1920 with a mandate for 15 years. From 01.05.1935 the Saar area belonged again completely to the German Reich.
Since 1957 Saarland has been a German federal state with the state capital Saarbrücken.

The inhabitants of Altforweiler before 1850

The inhabitants of Berus before 1850

The inhabitants of women who were women before 1897

The residents of Hülzweiler before 1900 (Volume 17)

The inhabitants of Püttlingen before 1720 (volume 38)

To the forum - Address books Saarland