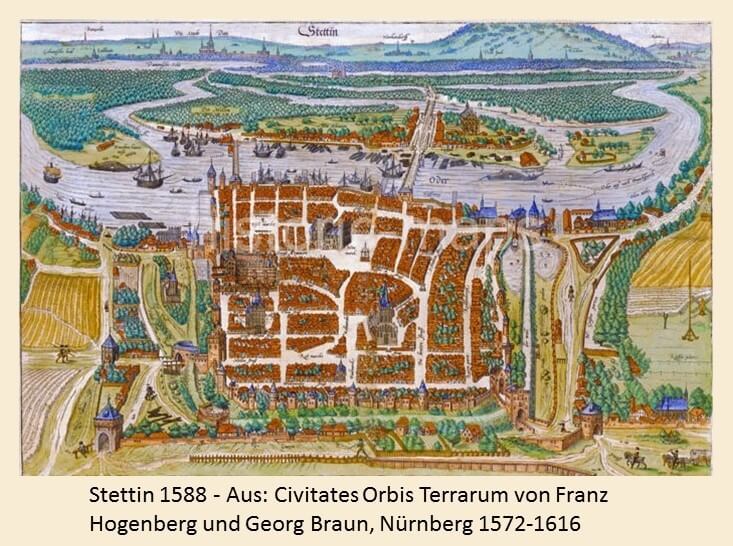 S ince the Peace of Westphalia in 1648, Hinterpommern came to Brandenburg and Vorpommern became Swedish Pomerania. After the Nordic wars 1700-1721 Vorpommern fell south of the river Peene, with the islands Usedom and Wollin, to the Kingdom of Prussia. The districts of Dramburg, Schivelbein and the northern parts of the Arnswalde district came to Pomerania in 1815. Larger parts of the districts of the dissolved province Grenzmark-Posen-Westpreussen, as well as the districts Arnswalde and Friedeberg came to Pomerania on 01.10.1938.
After the Second World War in 1945, Pomerania was conquered by the Red Army and divided by the establishment of the German-Polish border along the Oder-Neisse line.

Address book of the city of Koslin 1914

Register of surnames in the district Kolberg-Körlin from 1866

Address and business manuals for Szczecin 1858-1908

Address books for Szczecin and surroundings 1910-1926

Address book for Szczecin and surroundings 1914

The surnames of Stolp and surroundings in the 16th century

Address book of the city of Stolp in Pomerania 1925

Population register of the city Stolp in Pommern 1931

Population register of the city Stolp in Pommern 1934

Address book of the city Belgard 1937